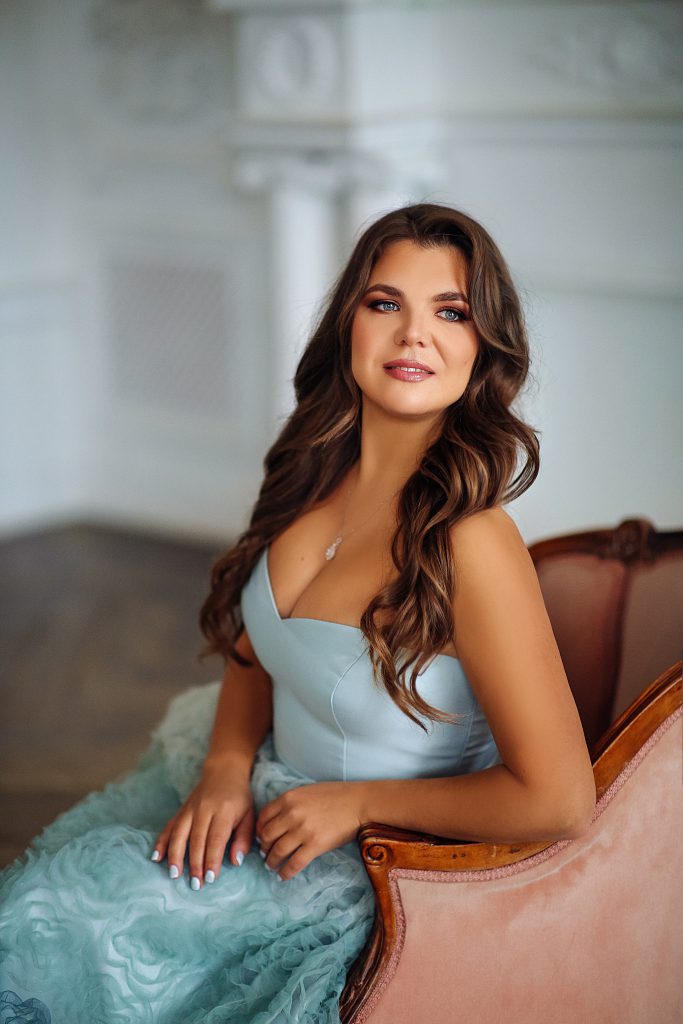 Tatiana was born 1991 in Dubna (Russia). At the age of 6 she started taking lessons at music school. At the end of this school she already won the II price of the international competition for young singers, organized by Elena Obraztsova in Sankt-Petersburg (Russia) in 2008. In the same year she inscribed to Russian Gnesin Academy of music (college program) in Moscow. During her studies in college Tatiana won competitions like «Daina Miestui» (Lithuania, 2009), «XXI Century Art» (Ukraine, 2010), «Bella voce» (Russia, 2011).

She graduated with a Bachelor of Arts from Russian Gnesin Academy of music by Prof. Ekaterina Starodubrovskaya in 2015.

In 2013 Tatiana took the II price in the International Rachmaninov competition (Russia).

At Gnesin opera studio she has sung roles, such as Cherubino, Marcellina in Le nozze di Figaro and Olga in Eugene Onegin.

Since 2015 Tatiana lives in Vienna (Austria) and finished her degree with distinction as a Master Sologesang at the Musik und Kunst Privatuniversität der Stadt Wien by Prof. KS Elena Filipova.

In Theater an der Wien she will be on the stage in a season 2021/2022 as Cherubino in a produktion for children Figaro und die Detektiv*innen and as Pastorkyňa in Janáček’s Jenůfa.